The Beast and its Beauty 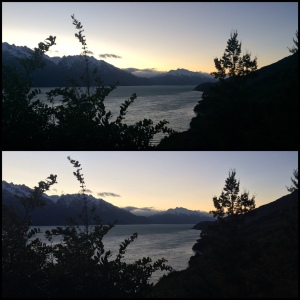 Today I chased the sun and it led me here. It was magnificent. I sat on a rock that looked as if it had been purposely placed for this precise thing. To watch with great awe as the sun disappeared behind the mountains. It was cold and I felt chilled but I couldn’t look away, it was captivating and mesmerizing but only for a time. Why wasn’t the sun moving faster, I want to see it set like it does in movies, quickly and romantically. The sun took its time and I grew impatient. I stood on the rock and put music on, I let this world, the one filled with lights and noise and gadgets and music that plays from a device take over the beauty of what was happening around me. I stood on the rock and in my vanity I thought about changing my Facebook profile photo. The angle was wrong, the color was wrong, the view, you couldn’t see the view.

I turned around and looked out, what was stopping me from enjoying this moment? Why was I so consumed with myself, with my iPhone? When I dropped my eyes I saw something unusual in the grass, I saw the head of a deer. My heart stopped. My first instinct was to run away, to get in the car and find somewhere else to take my photos and watch the sun disappear. I didn’t run though. I sat on the rock and looked at the beast. I was no longer there for the view. I stood and touched my hand to the rock, I asked the universe.. “Is this where you lost your head beast?” I ran my hand over spots on the rock and realized they were not just discolorations of the rock but blood spots, most likely from this beast. I was no longer there to watch the sunset; I wanted to stay so that as night crept upon us this beast would not be alone. In my head I kept saying, this is silly. You are being silly. But in my heart this beast was calling to me. So I sat, and stood, and walked and spoke. I spoke to the beast as if it was my God and I told her my secrets. I told her the things of my life, of my love, of my heart; I told her who I was and who I wanted to be. I sat perched on this rock and spoke of my insecurities while the day disintegrated. This beast, this beautiful beast reminded me how fickle life is, how cruel it is and I prayed that she had died long before the fall of an axe that took her head.

I listened to the universe and as if by some magic day had turned to night and I stared out, the beast now gone, taken by darkness. I put my fingers to my lips and kissed them, saying one last prayer for this beast that lost her head, most likely on this rock. I watched in wonder as more stars emerged and thought to myself;

In the light of a city we do not see such beauty but it still exists.

In the darkness of night we do not see such sadness but it still exists.

Standing in the darkness speaking to this beast I was enlightened. I asked questions as if by some divine intervention I would hear the answers vibrating through the earth. I spoke and spoke and spoke until I could not longer talk and then I sat and listened to the world. I thought of this beast that never would of uttered a lie, never would have been unfaithful, never would have been cruel and reflected on what a harsh place it is to be human. I reflected on the choices I made and thanked the beast for stopping me in my vanity for the perfect photo.

I had been there nearly two hours and as my brain ticked over what a profound thing I thought, to be led to this place because I wanted to chase the sun I wanted to watch the beauty of day turn to night and instead I was confronted by death. By its pungent smell, by its cruelty, by it’s flecks of blood that had been absorbed into this rock.

This moment was mine and I cherished it.

Tomorrow I thought; it would be June. It has been nearly two years since the death of my Father gripped at me and consumed me. In two years I have lived a thousand lives and learnt a million lessons. And tonight as I let the beast of death consume my thoughts once again, I thought of how thankful I was to be blessed by such divinity as wanting to chase the sun. Because in the same way I wanted to chase the sun I am chasing something bigger and if it hadn’t have been for death then I never would of seen it. 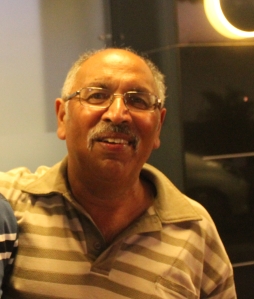